Your Second Home in Provence

Conillières in the old days

In the old days, the property used to be known for wild game. Conillières comes from provençal “counihiero” which means rabbit burrow. “Le conil” in Old French means rabbit too.

At the beginning, the barn built in the late 1700s (right side on the photograph) used to be a hunting lodge, later on it became a sheep fold.

In 1843, Alexandre Cortez acquired the estate and built his family house attached to the barn (Left side on the photograph).

The two world wars, harsh life and probably lack of means prevented past generations to maintain correctly the property which, at the very end of the 19th century, must have had a lot of character.

Conillières was connected to the running water network in 1982. The connection to the electrical network was made in the late 1960s. 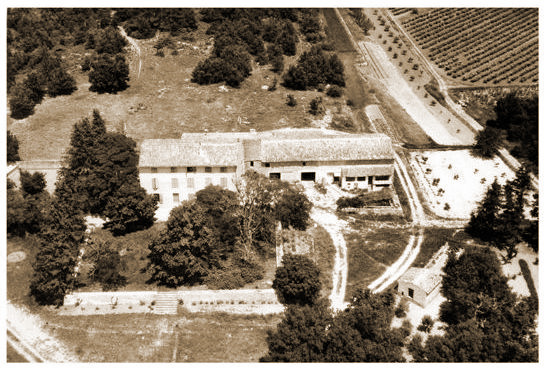 It was not until the early 1970s that real renovation work began. Conillières had previously devoted itself to agriculture and breeding. The farmhouse was gradually restored to welcome our first european visitors who « attempt the adventure » by seeing the black and white photo advertisment that the Gîtes de France had published on their first paper guidebooks.

Without running water and with regular power cuts, comfort was minimal. The sun, the good mood and especially the carelessness that characterized this period gave us courage and allowed Conillières to be unknowingly, a precursor of rural agrotourism.

Nowadays, with the Internet and thanks to our guests from all over the world, Conillieres has become a beautiful family run guest house for exchanges, meetings and sharing.